A new variant of QQ Ice Cream has been unveiled by Chinese automaker Chery Automobile Co. Ltd. that redefines femininity.

This little electric vehicle (EV), also known as the Chery QQ Ice Cream Queen Space, is an actual Barbie car with an eccentric design and interior.

The boxy mini-EV has been gilded with toy-like aesthetic accents, including a pink and violet color scheme, makeup-related decals, a large lipstick, white and beige wheels, and most notably, wings that protrude from the C-pillars in the back.

The interior features the same pink, beige, and white color scheme as the outside, a steering wheel that resembles one from a Tesla Model S Plaid, fluffy floor mats, and what appears to be a sizable makeup cabinet on the passenger side. 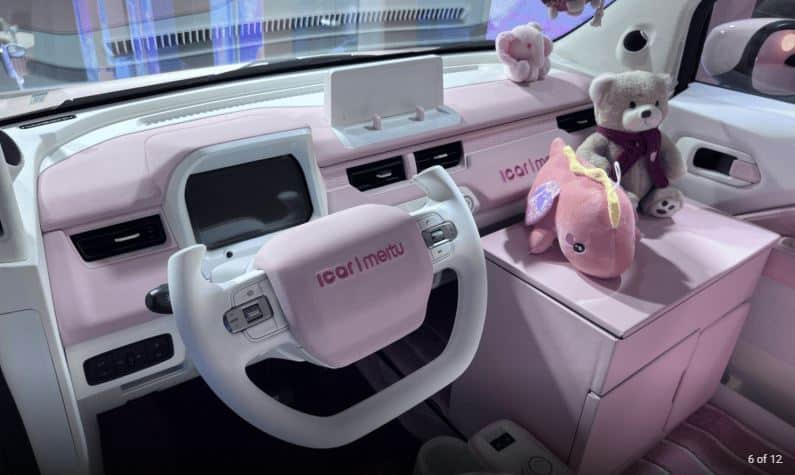 According to a report, the show car’s powertrain was the same as that of the QQ Ice Cream basic model: a 26.8 horsepower (20 kW) electric motor that produces 85 Nm of torque and a top speed of 100 km/h.

A 13.9 kWh lithium-iron-phosphate battery, that can travel up to 170 kilometers on a single charge, powers the motor.

The starting price of the Queen Space variant of the Chery QQ Ice Cream is still unclear, although it is equal to Rs. 970,000. 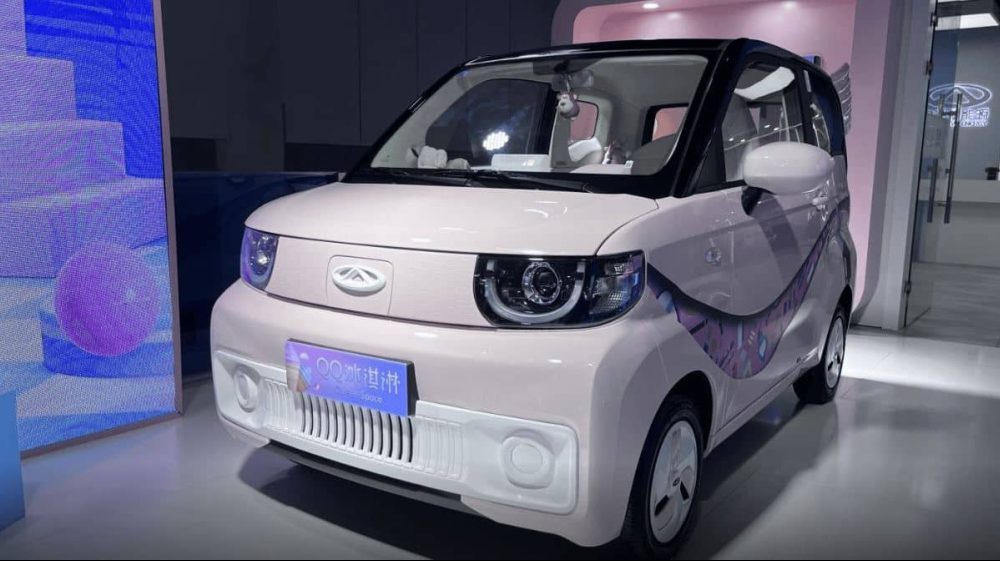 According to experts, this automobile won’t be produced and was just made to be displayed at the Chengdu Auto Show in 2022. Chery might include it in its lineup despite the buzz.