In 2025, Avengers: Secret Wars, the sixth instalment following Avengers: The Kang Dynasty earlier that year, would attempt to surpass Avengers Endgame. Fans of comic books may recall that the Secret Wars plot had the Marvel multiverse merging with numerous varieties of beloved characters coexisting in the same location.

Imagine the third act of Avengers: Endgame if Tom Holland’s Spider-Man was joined by the versions played by Tobey Maguire and Andrew Garfield.

Imagine that for every key MCU character in their last confrontation against Kang the Conqueror, a multiverse-spanning time-travelling ruler with multiple other selves. This is most likely what we will see in theatres in November 2025.

The introduction of the Marvel multiverse and time travel makes anything conceivable, allowing actors to portray previously deceased characters without undercutting their deaths on Earth-616.

Josh Brolin has signed up to reprise Thanos in Avengers: Secret Wars, according to reputable and reliable sources of Giant Robot Freakin’ Robot.

His Mad Titan had already had his head severed by Thor at the beginning of Avengers: Endgame, before Iron Man’s sacrifice reduced his variation to dust.

The actor has also performed variants of Thanos in the animated Disney+ series What If…?, and one of his defeated Earth-838 alternate personas appeared in Doctor Strange in the Multiverse of Madness. Thus, this makes perfect sense. 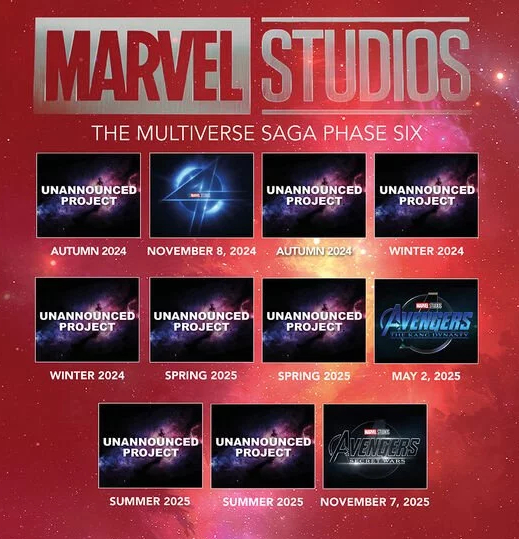 In terms of Secret Wars, the Mad Titan and his cabal of supervillains oppose God Doom, a more powerful version of Fantastic Four adversary Doctor Doom.

In Secret Wars, Thanos and his Cabal attempt to prevent him from recreating the Marvel multiverse as a single planet, while killing condemned realities for amusement.

Obviously, Brolin could play a variety of versions of the Mad Titan, including King Thanos.

This version eliminates the majority of Marvel’s superheroes and ages into a grim future while keeping an ageing Hulk on a leash as a pet.

In a Ghost Rider series, there was a Punisher Thanos in which a variation of Frank Castle travelled back in time to assassinate the Mad Titan as an infant.

Instead, he nurtured the future villain to be a good man, only to find him presiding over a paradise constructed with slave labour. Regardless of what Marvel decides, this is quite exciting news if it turns out to be genuine.

A few players will be decked up like Marvel superheroes. Players will…

Pakistan’s Heartthrobs’ then and now journey!

Fans react to House of the Dragon’s theme music