During the session, most of the thrust was on the economy, as the considerate opinion was that until and unless local talent and resources are lifted to usher in a new social contract, nothing much will change for good.

Former National Security Adviser and IPRI Patron-in-Chief Dr Moeed Yusuf said that the youth must stand up and their talent should be recognised for a new, prosperous and better Pakistan.

The speakers said that Pakistan’s manufacturing base, which was its pride in the initial years, was eroded due to a lack of cohesive policies. As a result, the country fell back on exports, and many of its industries that were its pride withered away.

Likewise, the biggest problem the country is facing is the current account deficit, which has encroached on the economy owing to our expansive and unreal lifestyle, as well as over-valuing of currency.

Focus was also laid on the commercialisation of education and how it has eaten into the vitals. Similarly, population explosion has hurt the country as it has plunged the country into low per capita growth rates.

The speakers observed that the best way to bounce back was to increase productivity.

All Pakistan Textile Mills Association (Aptma) General Secretary Shahid Sattar said that even if the country produces half of what East Punjab harvests in Punjab, it will add Rs3 trillion to the economy. He went on to add that there is no substitute to growth and exports, and this is where synergies should be addressed. 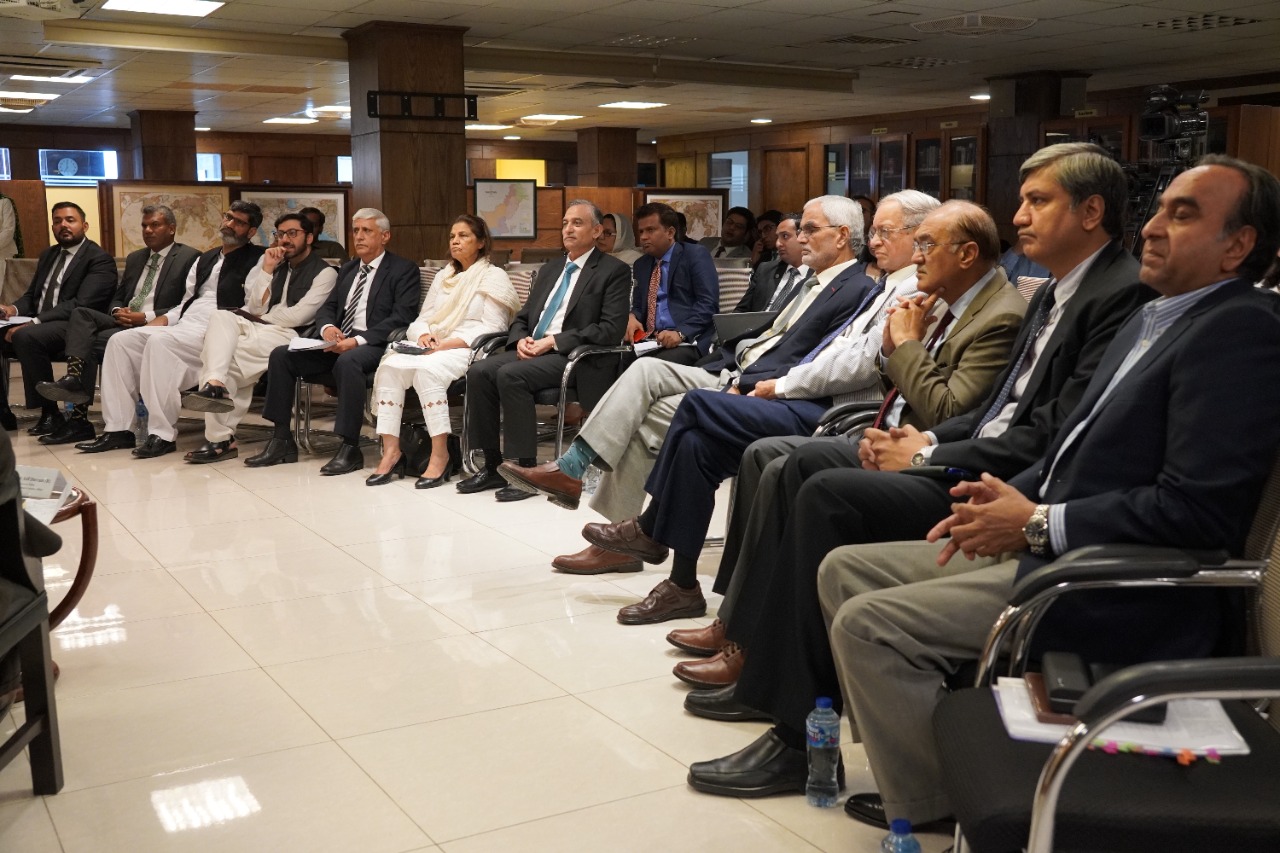 The participants also highlighted the issue of energy consumption and its uneven distribution and observed that only 23 per cent of gas goes into the production sector, whereas the rest is consumed in non-productive arenas while in other developing countries this ratio is more than 60 per cent.

It was stressed that no government has taken any decision required for national interests and in public welfare, as they seem to be subdued at the hands of vested interests.

Ambassador Asif Durrani stressed for taking a pro-regional lookout to minimise the country’s dependence on its allies. Citing the example of Iran, he said that it has a 97 per cent literacy rate, and has one of the best primary healthcare systems.

Pakistan can go ahead with energy deal with Iran despite sanctions, if the country can finance the entire pipeline project on its own.

The consolidated outcome of the interactive dialogue was that Pakistan should reduce the size of the government, specialists must be introduced in policy-making circles, as well as engage with the international community by explaining the foreign policy projections of the country.

It was stressed to rewrite a new social contract, do away with the regime of licencing and regulations in an attempt to ease businesses and invest massively in the potential of youth.

The participants underscored that dialogue at all fora is a must, and political stability is indispensable for growth and prosperity.

ISLAMABAD: The Islamabad Policy Research Institute (IPRI) on Thursday organised a round…

Motorcycle Wreck Attorneys – Who to Call After an Accident