Earlier today, iQOO declared that the iQOO Z6 series launch event will take place on August 26. The iQOO Z6, which uses the Snapdragon 778G Plus mobile platform, is the series’ centerpiece.

The company has revealed that the iQOO Z6x would be unveiled alongside the Z6 in a new Weibo post. The iQOO Z6x poster that the company unveiled confirms that it has a 6,000mAh battery. 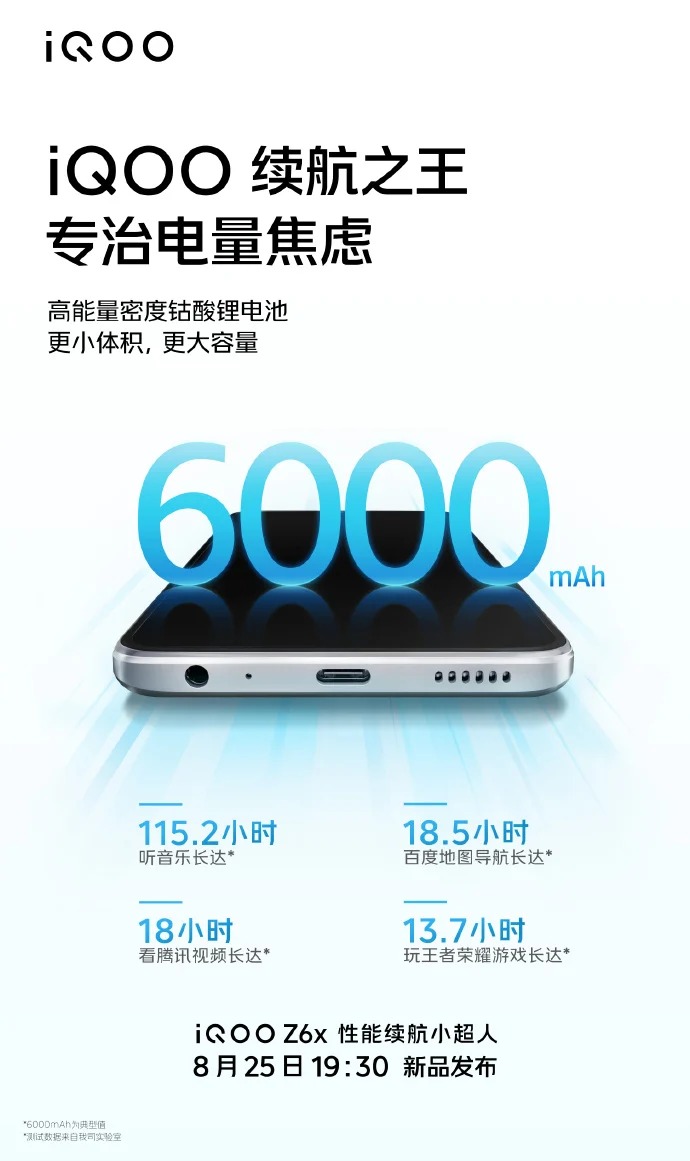 In addition, the post states that it will provide up to 18.5 hours of navigation on Baidu Maps, 18 hours of playback on Tencent Videos, and 13.7 hours of the Honor of Kings game.

The Vivo T2x, which made its debut in China in June, may have been rebadged as the iQOO Z6x, although this has not yet been confirmed.

A 6.58-inch IPS LCD FHD+ screen with a 144Hz refresh rate is included with the T2x. A 6,000mAh battery that supports 44W rapid charging powers the device. The Dimensity 1300 chipset powers the gadget.

A 50-megapixel primary camera and a 2-megapixel macro camera are located on the Vivo T2x’s back panel.

It includes a 16-megapixel selfie camera on the front. It has a side-facing fingerprint scanner for security. It starts with OriginOS 2.0 and the Android 12 OS. In China, it starts at 1,599 Yuan, or roughly $234.

According to rumors, iQOO is developing a new model to complement its…