In April, WhatsApp said it was working on a new feature called “Communities,” which would allow different groups to meet “under one roof.”

This sounded like it could be a competitor to Slack. The feature is now accessible to beta testers.

Test participants can create new communities on the far left tab bar, along with chats, status, and calls.

What happened to the camera shortcut? WhatsApp has apparently found a new camera location.

Over the last few months, the Meta-owned messaging platform has slowly rolled out incremental updates: group sizes have been doubled to 512 people, 32-person video calls, an increased 2GB file-sharing limit, emoji reactions, “last seen” statuses that allow you to hide it from certain people, and now, Communities.

Previously, you could access WhatsApp’s camera shortcut by swiping right on the chat list or left tab bar.

WABetaInfo thinks that the deleted shortcut might show up next to the search button and hamburger menu in the Communities.

That top rank may be hard to obtain with a phone like the Google Pixel 6. However, it’s easy to find. 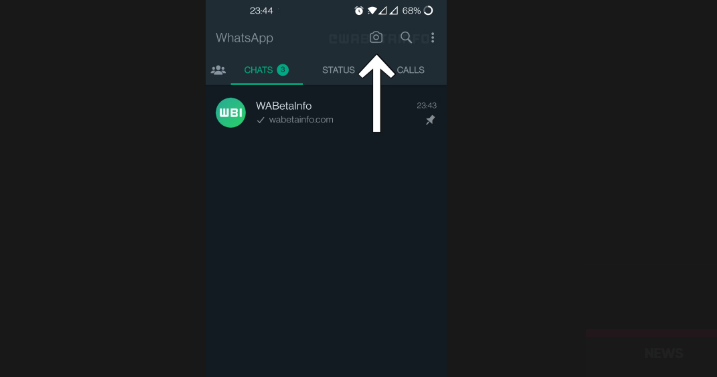 This keeps all subgroups in one hub. Update your app and wait for the company to release it.

Since this is a server-side release, you can’t force the functionality on your end, unfortunately.

Google is working on Pixel 8 chipset