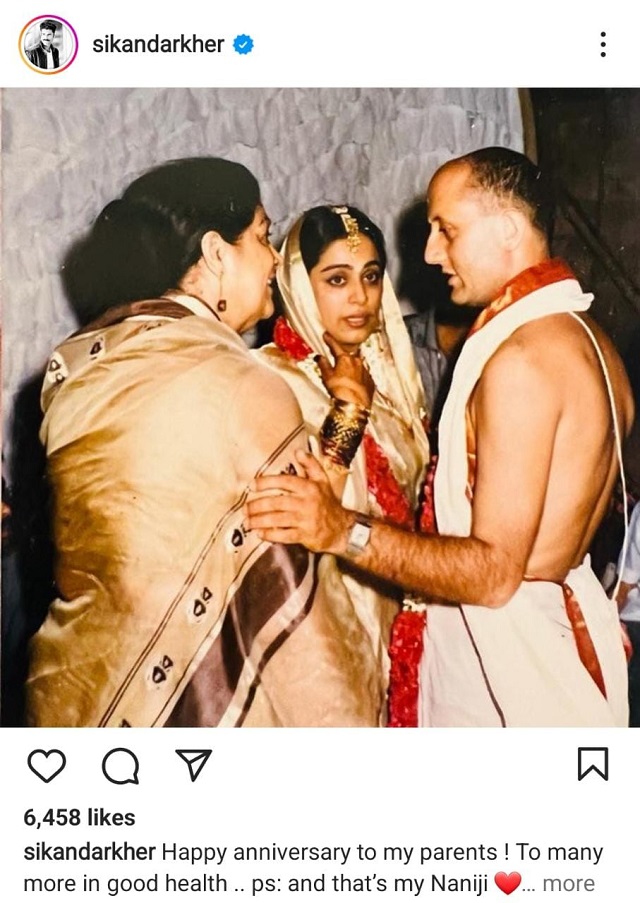 Anupam Kher posted a flashback wedding photo to celebrate. After the garland ceremony, the photo was taken. The star also sent a note to his ‘beloved Kirron’ Happy anniversary, Kirron! During my recent journey to Shimla, I dug this wedding photo from my father’s trunk. God bless you with long life and happiness. “Salgira Mubarak”

They married in 1985. She was formerly married to Mumbai businessman Gautam Berry.

Sikandar Kher sheds light on his new film Dukaan; in which he will play a Gujrati shopkeeper

In his next film, ‘Dukaan,’ Bollywood actor Sikandar Kher will play a…

Kirti Kulhari and Angad Bedi to reunite after 7 years